Pokemon tournaments will usually be held using Swiss Rounds which means you play every round, paired against an opponent with a similar match record as yourself. If you win your first game, you will likely be paired against someone who also won their first game. This is opposed to Single Elimination Rounds in which participants can only move onto the next round by winning the previous one.

One of the main differences between League Play and Tournament Play is the requirement to submit a decklist. Submitting decklists ensures that everyone is playing with a legal, 60-card deck and that all their cards are in the correct format for the event. Pokemon events will usually be played in the Standard Format which consists of the last several sets to be released. Standard Format is currently all cards with a D regulation mark onwards, but will change to all cards with an E regulation mark onwards as of April 14th. See how the card attached has a little letter “D” beside the set symbol on the bottom left. This is the regulation mark.

Set Codes will correlate to the set a card is a from. If a card is from Evolving Skies, you would write EVS as the set code. Attached is a key to deciphering the set symbols on cards and what their set codes are. Collector Numbers are the numbers beside the regulation mark that indicate which card number in the set it is. The Collector Number of the Marnie below is 200/202. And the Set Code is SSH.

Please ensure your Name, Birthday and Player ID are listed on your decklist too. 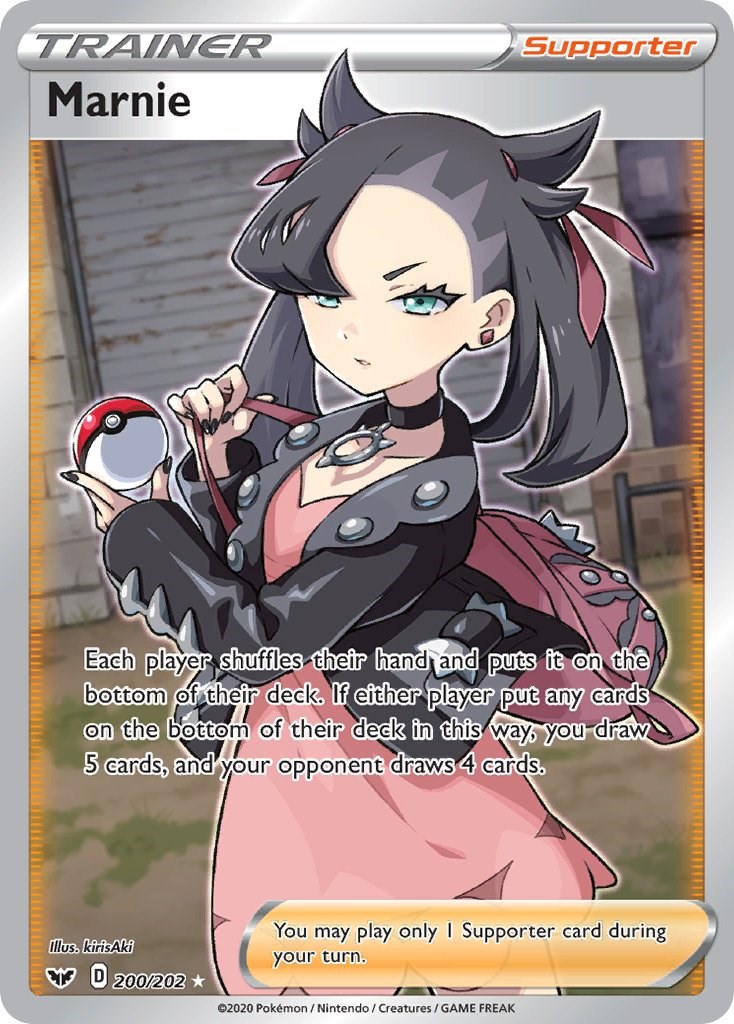 The final difference for tournament play will be end-of-round procedures. Currently, the player who is ahead of prizes when time is called is the winner, or whoever takes the next prize if both players are tied. For tournaments, if no player has won by the time the round ends, the winner is decided on Time Rules. When the end of the round is announced, the current player is considered ‘Turn Zero.’ Players then get 3 turns between the two of them to find a resolution to the match. If neither player takes all 6 prizes by the end of those three turns, the match is considered a tie. After Turn Zero, their opponent’s next turn is “Turn One”, then back to the first player for “Turn Two” and finally back to the opponent for “Turn Three.”